Samuel Johnson and Boswell (the Dachshund)

Posted by April Scott on 2/1/2014 to Monthly Newsletter

Every now and then we come across a book with a dachshund in it, and even though the dachshund is scarcely a main character, we just can't help ourselves. We have to bring it to your attention.

This month, we bring you a trilogy of such books.

How John Connolly's books about Samuel Johnson, a pre-teen boy, and Boswell, his dachshund eluded our notice since 2009, when the first one was published, is beyond us. But once we discovered them, we devoured them in short order, including getting the most recent one in the hardcover edition, being unwilling to wait for the softcover to be issued.

These three books, The Gates, The Infernals (originally published in England as Hell's Bells) and The Creeps are the saga of how Samuel discovers that the forces of Hell (including The Great Malevolence himself) are about to invade earth, what he and Boswell do to thwart them, and the repercussions of their actions.

These are the sort of books that make reviewers want to describe them as X meets Y, and the blurbs on the books give several variations on this theme. Our favorite, the one that most closely describes the tone of the books for us, is "Stephen King meets Monty Python." There is a lot of droll, frequently understated, British-style humor here, but you never forget that you're reading about beings of pure evil, and characters in the book are threatened with or consigned to truly horrible eternal fates.

What's strange is that these books are being peddled to the Young Adult crowd. We relished books like this when we were young, but our mother was convinced that they would warp our mind and put us on the road to being twisted individuals. She was right, of course, but we've enjoyed the journey. Mr. Connolly realizes what he is doing. In fact, the title of the third chapter of The Infernals is "In Which We Delve Deeper Into The Bowels Of Hell, Which Is One Of Those Chapter Headings That Make Parents Worry About The Kind Of Books Their Children Are Reading."

As we said, Boswell isn't really a main character, although he accompanies Samuel on all his journeys, and he is not anthropomorphized. But he is a well-drawn character nonetheless. Connolly describes him thus: "Boswell had always been a somewhat sensitive, contemplative dog. Even as a puppy, he would regard his ball warily, as though waiting for it to sprout legs and run off with another dog. He displayed a fondness for the sadder types of classical music, and had been known to howl along to Mozart's Requiem in a plaintive manner."

Do you really want to give these books to a young adult? The only way to determine that is to buy them and read them first. You may well decide to buy the youngster something else and keep the books in your own library to enjoy again.

Click the following links to buy The Gates or The Infernals or The Creeps from Amazon. 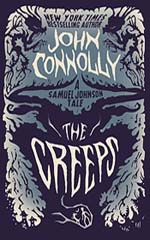 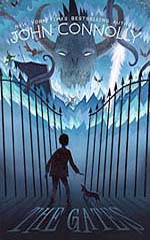 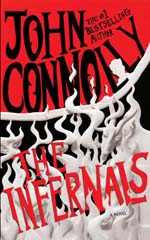