If you've ordered from us, you may have noticed that we are based in Garrettsville, Ohio. And you had probably never heard of Garrettsville before, nor have you since. 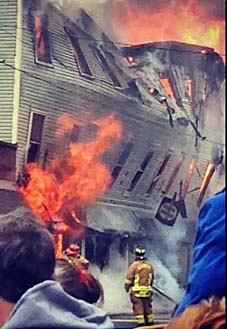 Garrettsville was built around John Garrett's grist mill toward the beginning of the 19th century, although it wasn't incorporated until 1864. If we have any fame at all, it's because of Clarence Crane. He invented Life Savers candies in 1812 (a few years after he left town), and he's the father of the poet Hart Crane, whose memorial is in our cemetery, even though he was lost at sa and his body never recovered.

On Saturday, March 22, Dachshund Delights was at a show in Virginia when the call came: Main Street is on fire! When the fire – cause still unknown as we write this on March 31 – was extinguished, 13 businesses – some in buildings dating back to the 1800s – had been destroyed, and some connected homes were lost as well. John Garrett's grist mill, being across the street from the blaze, was spared.

Every business was insured, but it's doubtful that any of them will get enough money from their policies to rebuild from scratch.

If you live in a large, or even a medium-sized city, you've probably seen or heard of businesses burning. And you think it's a shame, if you think about it at all, and you go on about your business. But in a town our size, you probably know most of the business owners, and they were people you might stop in to chat with, even if you had nothing to buy that day. Bottom line: it hurts.

But we're tough people out here in northeastern Ohio, and we haven't given up. A rebuilding fund was set up almost immediately, and donations have come in from residents, ex-residents and friends. We're not giving up. Our attitude is summed up by the slogan on the shirts the chamber of commerce is selling to raise money: Garrettsville Strong.

If there's a moral to this story, it's that you should never take the good things in your life for granted. You knew that, but it pays to think about it now and then. 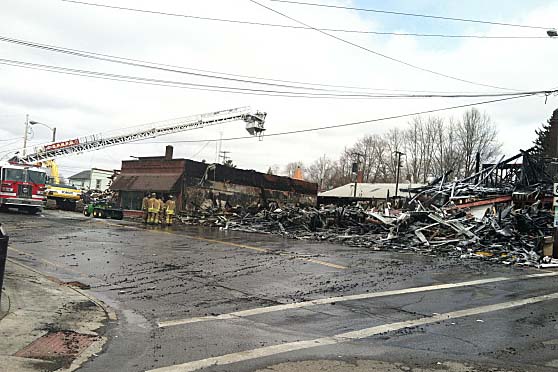