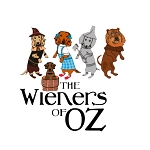 Borne Back Ceaselessly Into The Past

Posted by April Scott on 3/1/2014 to News
It is a truth of growing older that the more we advance into the future, the stronger is the urge to retreat into the past. We have a pile of perfectly good – or so we hope – books waiting to be read, but we can't pass by our book shelves without an old favorite crying out for our attention. And that's how we found ourselves the other day standing with a copy of "Travels With Charley" in hand, when we had clearly meant to pick up something more contemporary. Perhaps the book felt it could command attention by virtue of its author having been born in February. And as we browsed, we recalled that we had published a piece to honor Steinbeck's centenary in 2002. For those of you who missed it then, or who don't remember it, here it is.

In 1960, Steinbeck took the four-month journey that would be recounted two years later in his book Travels With Charley. The subtitle of the book is In Search of America, and Steinbeck tells us early on that living in New York had diminished his knowledge of his native land. "I discovered that I did not know my own country. I, an American writer, writing about America, was working from memory, and the memory is at best a faulty warpy reservoir."

And so he bought a truck, had it outfitted with a camper top, and set out on the back highways of America to see the land and hear its people talk of it. He was hesitant about traveling alone, and so "I took one companion on my journey – an old French gentleman poodle known as Charley. Actually his name is Charles le Chien. He was born in Bercy, on the outskirts of Paris."

Steinbeck, of course, found America. And found that not only did he no longer know the land and its people, but that the land and the people he had known were no longer there. He talked and he listened, but even back in his own home town of Salinas, leaving the bar that was the haunt of him and his companions in his youth, "The double door swung to behind me. I was on Alvarado Street, slashed with neon light – and around me it was nothing but strangers."

Steinbeck was astute enough to know that he took his trip on the cusp of history. World War II marked the end of the period that formed the backdrop of his most famous works. The bombs that dropped on Hiroshima and Nagasaki were the alarm clock that told us that a new day was dawning for America. But we were tired – so tired – from the war that we hit the snooze button a few times and we liked Ike and we dozed through the fifties, even though the neighbors in Korea played their radios much too loudly for a few years. By 1960, we were on the verge of modern history, and, therefore, on the verge of wishing that we could have stayed in bed for a few more decades.

So here's the question: Now that we're on another of history's cusps, waiting to find out what September 11, 2001 really meant for America, is it possible to go back to the books of your youth and find them not to be strangers? I read Travels With Charley when it first came out and wished, as you do with all good books and journeys, that it would never end. Coming back to it forty years later, I find a different book. The discoveries and adventures are still there, but I missed the sadness the first time. Never having carried a heavy suitcase of my own, it just didn't occur to me to find anything out of the ordinary about the burden of another. It's not really a different book, but my limited scope of vision at the time kept many of the details from me.

So it's good to find that there is one part of the book that speaks to a constant in our lives.

Charley has been ailing, distended, with bladder problems while on the trip. He needed veterinarian care in Seattle, and the vet Steinbeck found was unimpressed and uncaring. The problems get worse in Texas, and we read:

"In Amarillo the doctor I summoned turned out to be a young man. He drove up in a medium-priced convertible. He leaned over Charley. 'What's his problem?' he asked. I explained Charley's difficulty. Then the young vet's hands went down and moved over hips and distended abdomen - trained and knowing hands. Charley sighed a great sign and his tail wagged slowly up from the floor and down again. Charley put himself in this man's care, completely confident. I've seen this instant rapport before, and it is good to see.


The strong fingers probed and investigated and then the vet straightened up. 'It can happen to any little old boy,' he said.


'Sure. I'll have to relax him first, and then I can give him some medication for it. Can you leave him for maybe four days?'

There it is, then. The caring hands of a good vet. The simple acknowledgement that there is no question that the right thing will be done for a good friend. Decades and presidents and wars and disasters later, that scene would still play today exactly as it did then.

Whatever travels you undertake with your own dog, the constant is love.